Details are listed below, you choosed. You could book best rates for
2 Adults 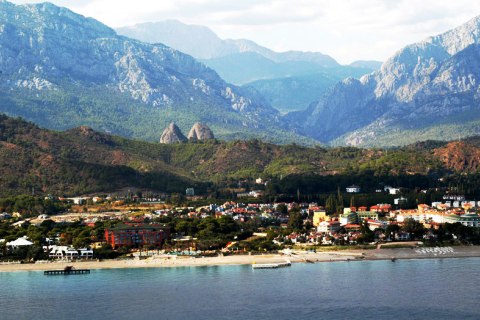 Camyuva is located at southwest of Antalya. It is surrounded by Mediterranean Sea at its eastside, Tahtali Mountain at its west side and Agva and the Ancient city Phaselis and district Tekirova at its south side.

It’s taken out of Kemer and founded as a village. According to a law of 1961, non-Turkish location names were changed and this district is called as Camyuva since then.